Hyper-agility: the need to go beyond agile

Simply put? Agile is just not fast enough. Agile has been the standard in the world of software development for several years now. As Teamhood describes in this article, Agile has evolved enormously since the first manifesto in 2001. But as clients tell me every day: Agile is just not fast enough. When they say agile, they are referring to the scrum-based way of working. Most organizations use sprints of two weeks.

Shorter sprints lead to spending too much time on retrospection and planning. Longer sprints result in not deploying often enough to reap the benefits of the methodology. But even two weeks is a long time to wait for the deployment of fixes and features that limit risk, achieve compliance where there is currently none, or embrace commercial opportunities. Basically, from a business perspective, you want to seize the moment. The moment is now, not two weeks from now.

So what dó you want then? To phrase a very well-known song: You want it all, and you want it now! It’s something we would like to call super-agility or hyper-agility. The term hyper-agility quickly gained traction two years ago but referred more to agility throughout every aspect of the organization, business as much as IT. So it had more to do with the extent of an organization embracing an agile approach rather than them being even more agile or faster. It was SCRUM or SAFe done right.

We like to refer to hyper-agility as a state of elevated agility – the capability of an organization to change direction in a second. At Rulecube, we are inspired by the concept of the Butterfly effect. Aside from a rather poorly executed 2004 Ashton Kutcher movie, the butterfly effect is a chaos theory concept derived from the fact that even small things like the flutter of a butterfly’s wings can impact the course of a tornado and all of its aftermath. We also believe small changes at the right time can have an enormous impact. That is our driver behind wanting to be as agile as humanly possible.

The question is: how do you achieve this? There are three fundamental requirements of hyper-agility.

The first requirement is a minimization of system impediments. Any change you want to make to your customer journey should be easy. No matter if the change involves your product proposition, your payment methods, or your style of communication. These changes should not require updates of other systems, break integrations or – from a business perspective  – involve authorization by people not impacted by the change.  Contributors to this state are API versioning, backward compatibility, and no-code configuration.

The more legacy systems, the more key man risk exists. Old code is often only comprehensible to the one developer who was around when it was written. This is a threat to any organization, but it is killing for one with a hyper-agile ambition. Even when the technology used is more advanced, only one or a few people often know the exact construction of processes. When change is needed, this can paralyze an organization. Large designer documents won’t help. To avoid paralysis, the architecture should be as clean and self-explanatory as possible. Transparent processes, accessible configuration, and well-documented business rules and integrations lead to better understanding and faster adaptation and change. Expert work should be as limited as possible. In our opinion, this also means that organizations should favor configuration over development.

Nothing is more frustrating than having the tech in place but not being able to launch because of blocking preconditions. These preconditions can vary from communication, compliance, and lack of documentation to API interdependencies. Anything strictly a matter of execution within a system not requiring human contribution (anything non-emotional) can and should be automated, either by system automation or by business rules and process management tooling. Contributors to this state are automated systems enabling logging, API updating, documentation generation, and automated test components.

If you eliminate impediments, dependencies on specific people, and the vast amount of administrative hassle in your change process, you might be able to achieve hyper-agility. You might just win the race. Whatever industry you are in.

or Download the brochure to inform your team about hyper-agility. 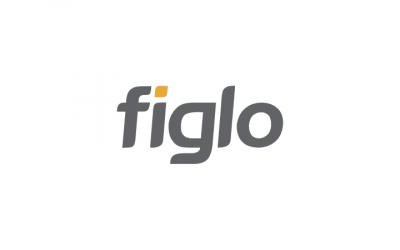 When comparing business rule engines, there is nothing like hearing client experiences firsthand. Our client Figlo shared their... 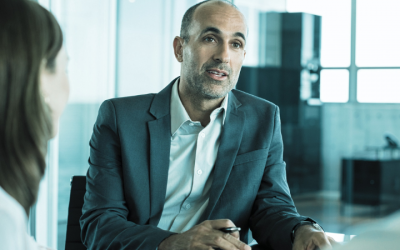 How to amplify the success of automating an advice framework When you get started with Guided Advice, it is, of course,...

What is Guided Advice?

How meeting in the middle brings you the best of both worlds. Good advice is hard to come by. And hard to give. Still, in the...

How to build a hyper-agile advice framework in 4 steps

Rules and regulations on advice change almost daily due to new legislation and case law. So to ensure high-quality advice that...